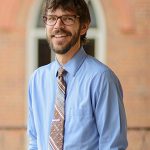 As an Assistant Professor, Dr. Altman research focuses on American responses to representations of Asia in the nineteenth century, particularly emphasizing Asian religions. His current research examines cultural constructions of Hinduism in 19th-century America. Beginning with American interest in India in the early republic and ending with the World’s Parliament of Religion in 1893, Dr. Altman argues that Hinduism had an impact on American culture earlier than scholars have previously thought and that the ways Americans imagined the Hindu other shaped concepts of what counted as religion in America. Dr. Altman is currently at work on a book manuscript tentatively entitled Imagining Hindus: India and Religion in Nineteenth-Century American Culture.